The Beginnings
For many centuries the area of Moorfields and Finsbury was open grazing land, too poorly drained for market gardens or building, and was a place for drying clothes, archery practice and for Sunday strolls. Shakespeare mentions the area, close to the City, in Henry IV Part One “...as if thou never walk’st further than Finsbury…” (Act III, Scene 1). When the boggy ground was drained during the 16th century the area became the site of a plague hospital (there’s a plaque marking the site in Bath Street) and later the tent city of London citizens displaced by the great fire of 1666.
​
The growth of the city in the 18th century led to the establishment of St Luke’s Church on Old Street, a church associated with John Wesley, the founder of Methodism. Wesley, who had received a public rebuke from one vicar over his open-air preaching and informal prayers early in his ministry, came to be a regular Sunday preacher at St Luke’s later in life.

St Barnabas
St Clement’s Church, consecrated originally to St Barnabas, was designed to be a “chapel of ease” (an extra place of worship for those in a parish too far from the parish church, or for extra space if the parish church was too small). Certainly the area was becoming a populous place. The orchards that covered the area in the 18th century were, by the 1820s, giving way to smart new developments on the city fringe, including King Square (named after the newly-crowned King George IV). Houses in King Square were large and designed for artisans and clerks at a convenient distance from the City.

The government had set aside a fund of £1 million “for building new churches in populous places”, in thanksgiving for victory over the French in the Napoleonic Wars. And St Luke’s parish was chosen to be the site of one of these so-called “Waterloo” churches. However, in those days, both church and local government were run by the churchwardens and local “Vestry”, who didn’t have to be church people, merely residents of the parish. The vestry of St Luke’s, Old Street, thus resisted the proposal, believing that the new church would “impose on the inhabitants a needless and oppressive expense”, and that “no additional chapels are necessary”. Despite their protest, the Church Building Commission went ahead and purchased the land in King Square.

Despite this opposition, on the 27th January 1822 the foundation stone was laid, an event ignored by the Vestry of St Luke’s. Work on the building is said to have been done by French ex-prisoners-of-war and locals. The new church building was considered to be “for use and duration, rather than particular ornament”. Designed by Philip Hardwick, the architect of Euston Station, St Barnabas was built in the ancient Greek (Ionic) style, but with a spire attached. The windows on either side of the porch were originally glazed, but not the oblong recesses above them, as the illustration, from 1828, shows. There was no vestibule - the main doors led directly into the church and the door on either side of the porch led into galleries which went around three sides of the building. Altogether it could hold 1,600 people!

It was very plain inside. There was a small temporary organ in the west gallery and the altar was in a small semi-octagonal recess at the east end. Gas lighting was fitted in 1827, but on condition that no service started later than 3 pm.

St Barnabas was complete by July 1824, but had to wait two years for consecration by the Bishop. This delay was because St Luke’s was reluctant to recognise it as a parish chapel, or pay for it to be furnished and decorated. In November 1824 they set up a committee to make sure that ratepayers paid no more than the absolute minimum toward the new church. Eventually, however, £660 was contributed for bibles, prayer-books, altar, communion-plate and furniture, rejecting an offer by the first priest of the new church to pay for many of these himself. They also paid £585 for the wall around the churchyard and for decorating and mending windows already broken by vandals.

The consecration finally took place on the day after St Barnabas Day, 12th June 1826. The building had cost around £17,000!

The Victorian Church
The Victorian era saw profound social changes in the area, the better-off moving further out of town (to new suburbs such as Finsbury Park), to be replaced by the poor. The houses in the square were divided up, as they remained until their demolition at the start of the 1960s. In 1842 the church became a parish in its own right, with its own vicar.

As the population of the area soared in the mid-19th century other churches were built in the area, including St Paul’s, Pear Tree Street (1865) and St Matthew’s (designed by Sir George Gilbert Scott with an enormous spire) on City Road (1849). The last was St Clement’s Church, Lever Street, designed by William Butterfield on a cramped site between Lever Street and Nelson Street. It was consecrated by Bishop W Walsham How on 6th October 1880, to serve some of the most difficult and needy streets of the district.

The best-known of St Clement's vicars was Father Gofton-Salmond (who later went on to found the Community of the Servants of the Will of God at Crawley Down, Sussex) in the 1930s. Sadly, both St Clement's, Lever Street and St Matthew’s, City Road were destroyed by enemy bombs during the London Blitz. A rare relic from this time is a Service Register from St Clement’s, Lever Street: damaged but legible. Under the record for 7th September 1940 is written “Church destroyed 1.25am 8th September 1940. Register dug out of the rubble some weeks later.”

​A New Beginning
St Barnabas had also been slightly damaged by war time bombs, but was in any case effectively redundant. It had, in fact, been used as a store for ecclesiastical furniture from other buildings since the beginning of the conflict.
​
After the end of the war, the question was how to reorganise the church in this part of Finsbury, in view of the bombing and a much smaller local population. It was decided to unite the three parishes of St Clement, St Barnabas and St Matthew, and for St Clement’s (who were meeting in their temporary church hall) to come to St Barnabas.

In 1952 the three parishes were united and work began on refitting the church in King Square. The interior was completely remodelled, including the pulpit, ceiling and new pillars, incorporating some of the ornaments of the old St Clement’s. A cross was placed at the top of the spire, in place of the original weathercock, and on 11th June 1954 the new altar was dedicated by the Bishop of London, the Rt. Rev’d J. W C. Wand. Finsbury had a new place of worship.

Of course the devastation of the bombs and the poor quality of much of the remaining housing stock meant that not just the church had to be re-housed. During the 1950s and 1960s the old streets, tenements and courts gave way to high– and low-rise developments, including the estate which now surrounds the church.

The church continues to play a role in the life of the local community and even if they don’t come to worship very often, local residents still see St Clement’s as “their church”. We hope and pray it will continue to be for many years to come. 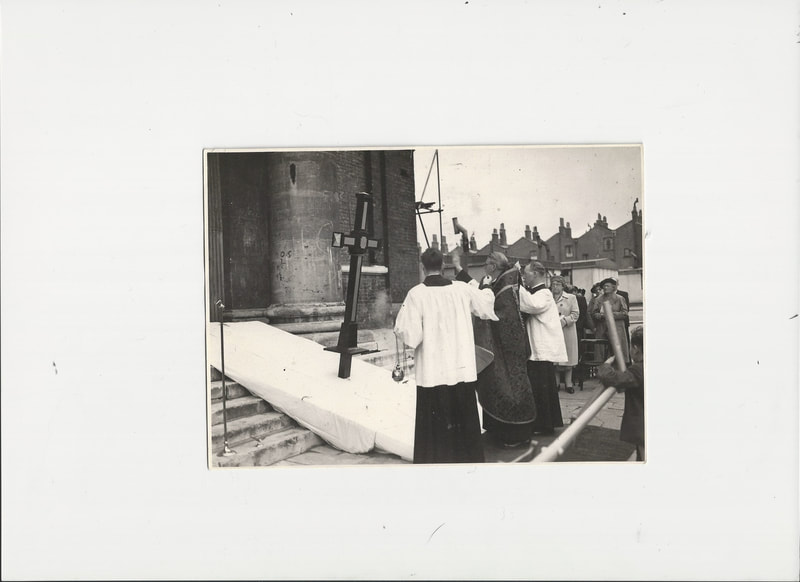 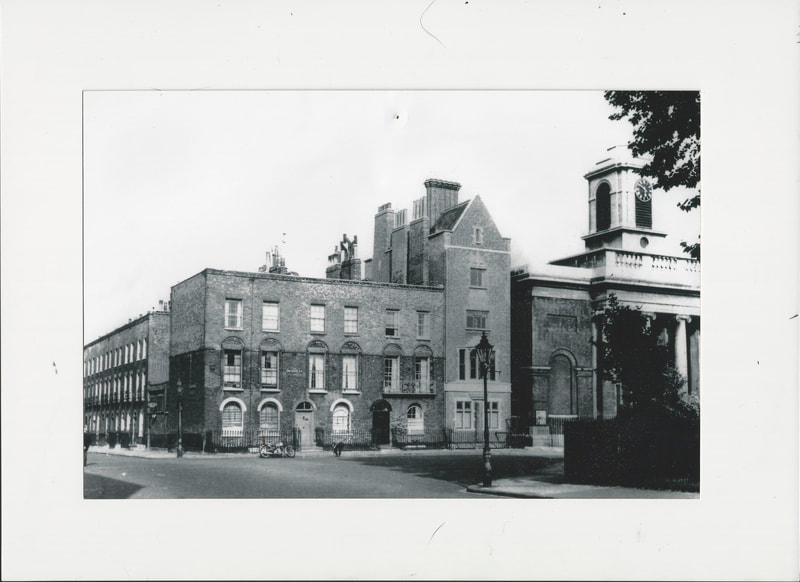 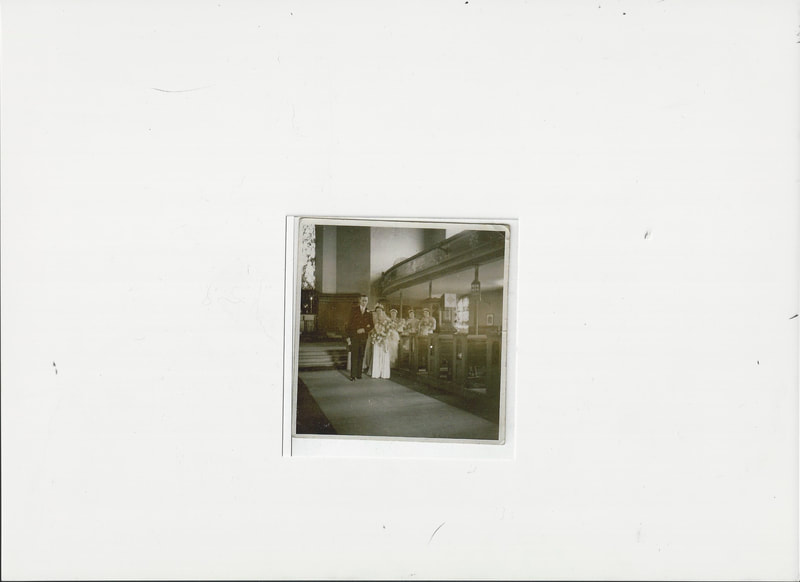 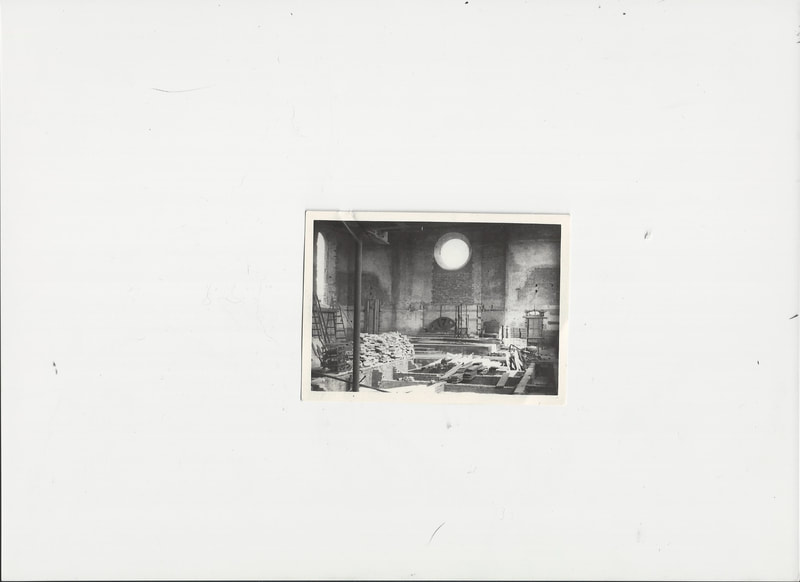 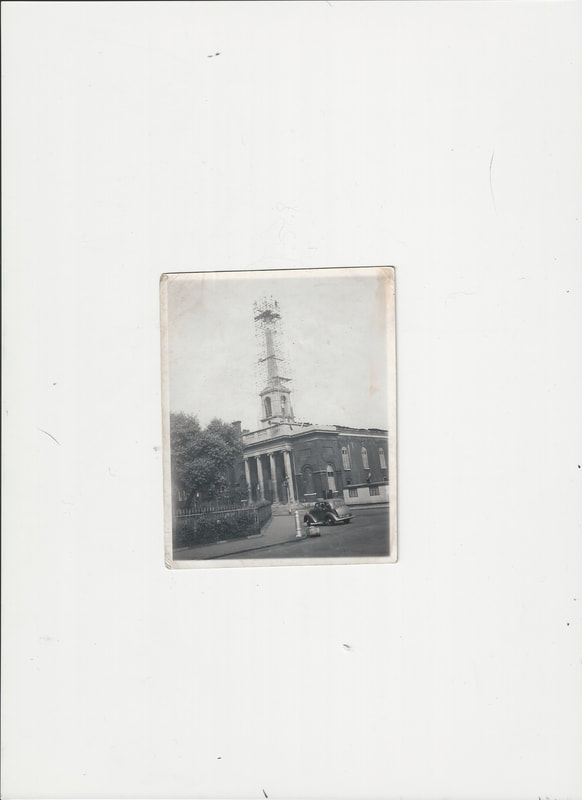 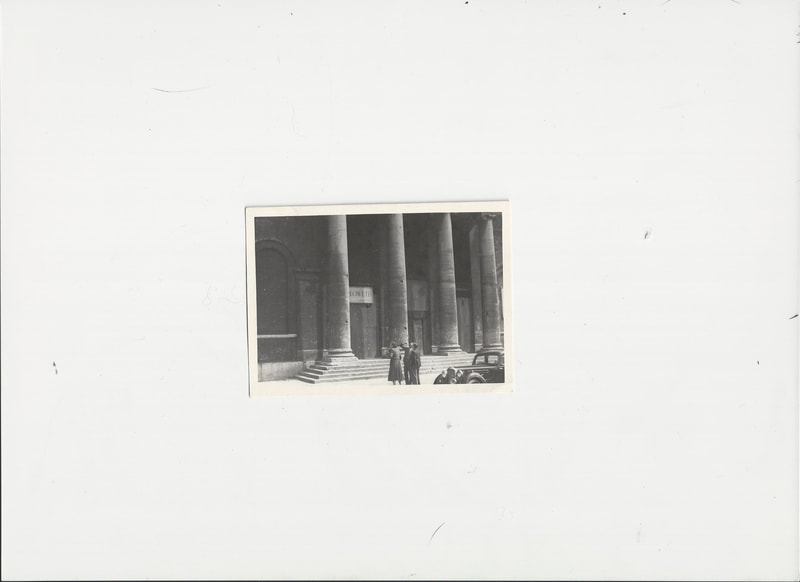